Twelve short stories of Chicago during the late 1960’s to the late 70’s.  They are taken not solely as a portrait of Chicago,  but to illuminate how Chicago has posed and transformed the photographer. Chicago is not seen from the viewpoint of a fresh tourist whose sense of adventure and wonderment is awakened by the low-grade adrenaline rush of testing one’s survival skills in a new environment, but by someone whose roots are in Chicago and has been transformed by it forever, like an animal imprinted. 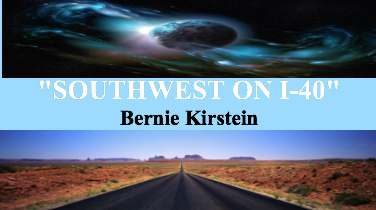 After a divorce, a writer travels from Albuquerque to Los Angeles to meet a friend who has arranged a film writing assignment for him.  Along the way, ala Kerouac, he has a number of adventures while he is writing a science fiction novel. The novel changes as he is changed on his journey.